Are Sunscreens with Nanoparticles of Zinc Oxide Safe?

One of our favorite plastic surgeon bloggers, Ramona Bates, MD, submitted a news/opinion item to the Emax Health Web site that covers zinc oxide content in sunscreens. A group called Friends of the Earth (FOTE) feels that sunscreens with nanoparticles are a risk to your health and urge you not to use them. Friends of the Earth is self-described as “progressive environmental advocates.” Bates responds eloquently with a “Well, maybe but maybe not” position on the matter.

Are Sunscreens with Nanoparticles of Zinc Oxide Safe?

While the FOTE quote a recent Australian study by Macquarie University’s Professor Brian Gulson as evidence that sunscreens using nano-ZnO are potentially hazardous due to absorption into the blood stream through the skin, Gulson in an interview notes that his study doesn’t shed any light on the question of whether the nano-particles themselves played a part in the zinc absorption. “That was the most critical thing. This isotope technique cannot tell whether or not it’s a zinc oxide nano-particle that got through skin or whether it’s just zinc that was dissolved up in contact with the skin and then forms zinc ions or so-called soluble ions. So that’s one major deficiency of our study.”

Other studies not mentioned by FOTE suggest the case for safe, non-penetrating, transparent, topical ZnO sunscreen formulations appears to be strengthening as the one by Sheree Cross and colleagues.

Another concern in the use of nanoparticles in sunscreens is the exposure of the body due to oral and nasal uptake due to application to the lips and mouth area, around the nose, and via contact with sunscreened hands and food.

Philip Moos and colleagues looked at the effects of nanomaterials in the colon. Their experiments used cell cultures of colon cells to compare the effects of zinc oxide nanoparticles to zinc oxide sold as a conventional powder. They found that the nanoparticles were twice as toxic to the cells as the larger particles. This is a study of cell cultures which now needs to be looked at again in living gut before getting too concerned. The scientist also not that the concentration of nanoparticles that was toxic to the colon cells was equivalent to eating 2 grams of sunscreen – about 0.1 ounce.

While the final word may not be out on the safety of nanoparticles in sunscreens at this point I feel safe in using them and recommending their use to family, friends, and patients. No sunscreen is recommended for oral consumption, so care should always be used in washing your hands prior to eating.

AOL News has covered the issue as well here. Unlike Bates, the AOL news reporter apparently has fallen for the FOTE’s conclusions like a trout looking for the hook.

France, Germany, the U.K. and the European Parliament have moved rapidly to require everything from safety testing and mandatory labeling of nanoparticles to even the outright ban of these engineered chemical creations in many sunscreen and cosmetic products. Nothing of the kind is happening in the United States, Friends of the Earth says in a report issued today. .

“Nanosunscreens have the potential to cause serious human and environmental harm, but there is nothing stopping companies from selling them,” says the report by the international environmental and public health advocates.

And consumers are pretty much on their own when it comes to determining what’s safe to slather on their skin. Labeling is often inadequate or inaccurate. And not even the Consumer Safety Protection Commission, which ensures the safety of the items that Americans buy, is stepping up for sunscreen shoppers.

“It’s not our responsibility. Sunscreen safety is FDA’s job,” says Alexander Filip, deputy director of public affairs for the commission. But, he added: “Our chairman has publicly addressed industry groups warning them about use of nanomaterials without notifying us or their customers.”

It is amusing when governmental agencies freely and openly blame one another for the failings of the entire bureaucracy. Moving along, the AOL news report finally gets around to admitting that all this worry is based on inconclusive studies.

[The FOTE] report calls the use of nanoparticles of titanium dioxide and zinc oxide a “risk without benefit.” It examines six studies on the health implications of manufactured nanomaterials used in sunscreens.

The studies, which raised some concerns in the public health community, are all peer-reviewed and have been published in international scientific journals. But the authors of almost all the work stress that their studies are preliminary and that more research is needed.

Perhaps the mainstream news media will pick up on this story, slice out the “science talk” and mumbo jumbo about inconclusive research studies, and use the sunscreen nanoparticples topic as yet another avenue for sowing FUD (fear, uncertainty, and doubt). 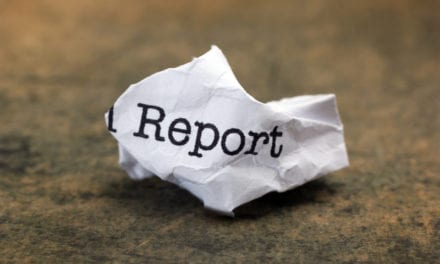 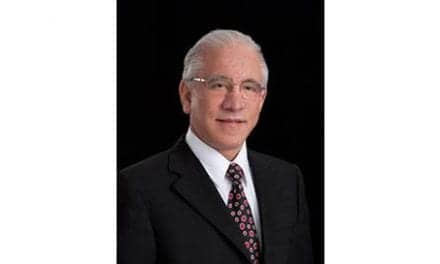 ISAPS Announces the New Editor-in-Chief of Its Official Journal