Consumer advocates asked health regulators to take silicone breast implants made by Johnson & Johnson off the market because the company has not been able to provide enough long-term safety data.

The groups spoke on Tuesday at a two-day Food and Drug Administration advisory panel meeting to discuss follow-up safety studies for silicone implants that have already been approved for sale. The FDA said the issue of product removal was not under consideration during the meeting.

The FDA approved silicone gel-filled breast implants sold by Allergan and Johnson & Johnson’s Mentor unit in 2006, on condition both companies follow 40,000 women for 10 years to look at safety issues, as well as extend smaller pre-approval studies.

"It’s unacceptable that many patients Mentor and Allergan were supposed to track were lost," said Jan Erickson, of the National Organization for Women Foundation.

"Mentor’s approval should be rescinded right away. And Allergan should be required to conduct further studies."

There were almost 400,000 breast enlargement or reconstruction procedures in the United States in 2010, according to the American Society of Plastic Surgeons. That includes silicone and saline implants.

In June, the FDA said the risks of breast implants are well understood, after looking at the companies’ results as well as reports of negative events and scientific literature. It said women who get silicone implants are likely to need additional surgery within 10 years.

The agency had banned silicone implants for most U.S. women in 1992 after some said the devices leaked and made them chronically ill.

During the Tuesday meeting, patients complained of side effects such as rupturing or hardening of the device, and said the companies’ long-term studies could be biased against patients who have problems.

In addressing low response rates, company representatives said the studies had perhaps "over-reached" by trying to keep track of so many patients, and by requiring each to fill out a 27-page questionnaire each year.

Mentor also said it may have had particularly low response rates because the company made patients participate in the study as a condition of getting an implant, but later changed it to voluntary participation.

"In retrospect, it’s perhaps not surprising that if a patient or surgeon enrolls because they are required to, and then a patient is told because of voluntary consent they’re not … that might contribute to low follow-up rates," said Dr. John Canady, medical director at Mentor, when asked if the company’s study had any design flaws.

"That’s something we would go back to change, but obviously can’t in this study."

"We believe that this agency has to walk the walk," she told Reuters. "Its mission is to protect patients, and when it sets criteria for approval, that should be real.

"When the agency begins to look more like window-dressing (for companies), that will shake the faith of physicians and patients."

The advisory panel will make its final recommendations on post-approval studies on Wednesday. 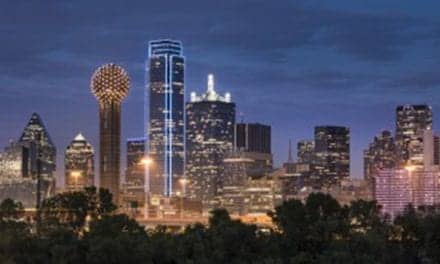