A new study has examined the impact that cosmetic surgery has on correcting body dysmorphic disorder, and found that only 2% of procedures actually reduced the severity of BDD. "BDD is a psychiatric disorder characterized by preoccupation with an imagined or slight defect in appearance which causes clinically significant distress or functional impairment," says Katharine A. Phillips, MD, Director of the body image program at Rhode Island Hospital and a co-author of the paper.

"A majority of these individuals believe they have an actual deformity that can be corrected by cosmetic treatments to fix these perceived defects rather than seeking psychiatric intervention," she adds. The study has been published in the journal Annals of Plastic Surgery.

In the study, researchers report that in a small retrospective study of 200 individuals with BDD, 31% sought and 21% received surgical or minimally invasive treatment for BDD symptoms. Nearly all of these individuals continued to have BDD symptoms, and some actually developed new appearance preoccupations.

They also note that in a survey of 265 cosmetic surgeons, 178 (65%) reported treating patients with BDD, yet only 1% of the cases resulted in BDD symptom improvement.

"These findings, coupled with reports of lawsuits and occasionally violence perpetrated by persons with BDD towards physicians, have led some to believe that BDD is a contraindication for cosmetic treatment," says Phillips, who is also a professor of psychiatry and human behaviour at The Warren Alpert Medical School of Brown University.

In terms of long-term outcomes from procedures, only 25% of the patients showed an improvement in their appraisal of the treated body part and showed a longer-term decreased preoccupation.

"Only two percent of surgical or minimally invasive procedures led to longer-term improvement in overall BDD symptoms," according to the authors. The researchers also found that when treatment was sought, 20% of the procedures were not received.

Cost was the most common reason for not receiving the requested procedure (30%), followed by physician refusal to perform the procedure (26%). Their findings also indicate that physicians were significantly less likely to refuse a surgical or minimally invasive treatment than other procedures (dermatological, dental, and others).

Internet to the Infinite Power 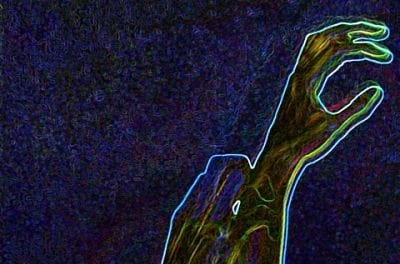