New research on the compatibility of laser hair removal on darker- skinned patients and a popular acne medication, pain reduction techniques, and the benefits of a shorter pulsed laser for hair removal were unveiled at the 28th Annual Conference of the American Society for Laser Medicine and Surgery (ASLMS) in Kissimmee, Fla, last week.

In the past, laser hair removal procedures were not recommended for darker skin patients because of concerns about pigmentation that could occur following treatment. However, over the past several years, strides in laser technology have addressed these potential side effects and expanded the patient populations who can safely and effectively undergo laser hair reduction. In addition, laser skin experts have believed that laser therapy should not be concurrently performed on patients who take isotretinoin, a powerful acne medication.

Lead investigator Khalil Khatri, MD, of the Skin and Laser Surgery Center of New England treated patients using a long-pulsed Nd:YAG laser with a 1064nm wavelength. A total of 13 laser hair removal treatments were performed, using a variable pulse width and gradually increasing fluences depending on skin and hair types.

"In reviewing the follow-up evaluations done at 1 to 3 months after the laser hair removal sessions, we found that none of the patients on isotretinoin therapy developed any significant side effects, such as redness, swelling, and permanent changes in pigmentation," says Khatri. "However, one darker skinned patient developed discrete crusting after the last and most intense treatment with the highest fluence used, which resulted in slight hyperpigmentation that resolved simultaneously in 3 months."

Khatri also conducted another clinical trial to evaluate the effectiveness of a shorter pulsed Nd:YAG laser for hair removal. In his study, six female patients were treated with laser hair removal for underarm hair. One half was treated and the other was monitored as a control.

Patients were instructed not to shave their underarms 1 week before each treatment and at the follow-up visit. An Nd:YAG laser with a wavelength of 1064nm and a pulse duration of 0.65ms was used in the experiment. The treatment site received either a fluence of 21J/CM2 or 36J/CM2. Higher fluence was used with a focused 5mm spot, and lower fluence was used with a collimated 6mm spot No skin cooling was used. A manual hair count was done before treatment and at each follow up visit.

"One month after a series of 3 monthly treatments, the hair reduction was graded a five (75% to 100% improvement) by the study participants, investigators, and observers," says Khatri. "The average hair count in the high fluence treated sites went from 114 to 20, representing an 83% reduction; in the low fluence areas from 269 to 52, or an 81% reduction."

None of the study participants experienced any complications, and all patients described the pain as tolerable without skin cooling or application of gels or lotions.

Khatri noted that there was only faint redness and mild peri-follicular swelling.

Results from another clinical study presented at the meeting showed that a pneumatic skin flattening device during laser hair removal treatment may offer pain reducing effects. In 40 volunteer patients who experienced alexandrite and Nd:YAG laser hair reduction of underarm hair, Eric F. Bernstein, MD, clinical associate professor of dermatology at the University of Pennsylvania, compared the level of pain felt during treatment with the pneumatic skin flattening device versus the conventional dynamic cooling device. He concluded that the level of pain reduction was greater with pneumatic skin flattening, reduced in 95% of the study subjects compared to the dynamic cooling device.

"On a scale of one to 10, with one being the lowest sensation of pain and 10 being the highest, the mean pain score for the subjects receiving laser treatment of one underarm using pneumatic skin flattening was rated a 2.8. In comparison, the average pain score for the other underarm treated with the dynamic cooling device was 5.4," says Bernstein. "Clearly, pneumatic skin flattening can reduce the pain associated with laser hair reduction and increase a patient’s level of satisfaction with the procedure." 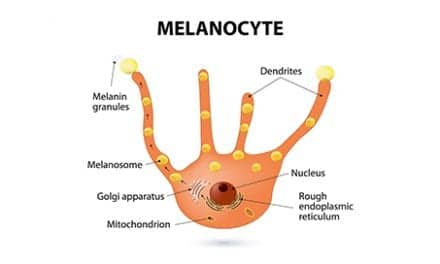 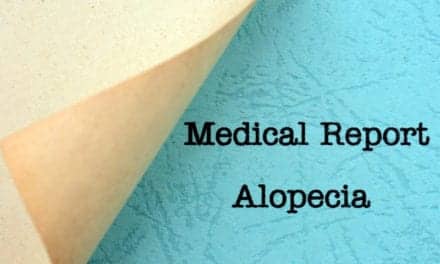