Researchers led by by Richard L. Gallo, MD, PhD, professor of medicine and chief of the division of dermatology at the University of California, San Diego (UCSD) School of Medicine and the dermatology section of the Veterans Affairs San Diego Healthcare System, have found that in patients with rosacea, two interactive inflammatory proteins are overproduced, resulting in excessive levels of a third protein, antimicrobial peptide, that causes the skin disease’s symptoms.

“When we then looked at patients with the disease, every one of them had far more peptides than normal,” Gallo says.

In the study, the researchers examined the source of the abnormal peptides and found that too much cathelicidin was present in the patients’ skin, elevating levels of stratum corneum tryptic enzymes (SCTE).

“Too much SCTE and too much cathelicidin leads to the abnormal peptides that cause the symptoms of this disease,” Gallo says. “Antibiotics tend to alleviate the symptoms of rosacea in patients because some of them work to inhibit these enzymes. Our findings may modify the therapeutic approach to treating rosacea, since bacteria aren’t the right target.”

Would You Trust a Plastic Surgeon Who Snapchats His Procedures? 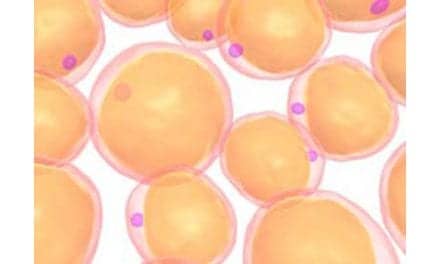