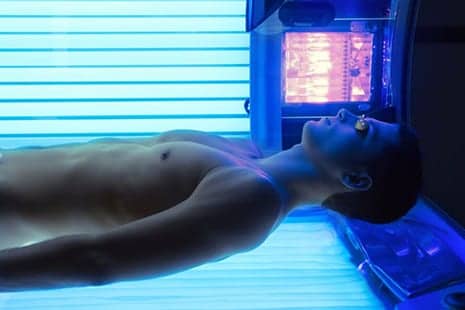 The stereotypical indoor tanner is a young woman, but men tan, too. And while men may use tanning beds less often than women, new research has found they do it in riskier ways.

Warnings about the dangers of tanning often zero in on women, but researchers behind the new study, published in the Journal of the American Academy of Dermatology, found that men make up one in three people who use tanning beds. Those men are also more likely than female tanners to treat tanning as an addiction, with nearly 50 percent engaging in addictive tanning behaviors. They also reported smoking and binge-drinking at higher rates than their female counterparts.

For the study, researchers conducted a national survey of 636 people who said they had used a tanning bed in the past. The study participants were asked how often they used tanning beds, where they preferred to tan, how they felt about tanning, and why they tanned.

According to the findings, women liked to tan in salons, and chose their tanning location based on cost, how clean it was, and how convenient it was for them. Men, on the other hand, said they preferred to tan at a gym or in a private home, and they often tanned to accentuate their muscles or to give themselves a reward after a workout.

Tanning beds, which have been linked to melanoma — the most deadly form of skin cancer — are classified as Class II carcinogens by the FDA. That classification requires them to contain labels that say they shouldn’t be used by anyone under the age of 18.

Study co-author Sherry Pagoto, PhD, a clinical psychologist and director of the UConn Center for mHealth and Social Media, tells Yahoo Lifestyle that she was surprised by the findings. “We hypothesized that women would be more likely to show signs of tanning addiction,” she says. However, she thinks the way that men tend to tan may increase their risk of becoming addicted. “We suspect that because men are more likely to tan in unregulated settings like homes and gyms, they  may be in the tanning bed for a longer duration, even though they are doing a similar number of visits,” she says. “Longer exposures could be why we see men becoming ‘hooked.’”

Gary Goldenberg, MD, assistant clinical professor of dermatology at the Icahn School of Medicine at Mount Sinai Hospital in New York City, tells Yahoo Lifestyle that tanning is dangerous, regardless of gender. “Tanning causes DNA damage in skin cells,” Goldenberg says. “As damage in these cells progresses, it can cause cells to become cancerous. These cells can in turn form tumors that invade into the underlying tissue and potentially spread.”

Read the full article at sg.news.yahoo.com 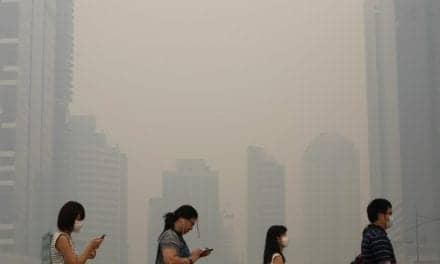 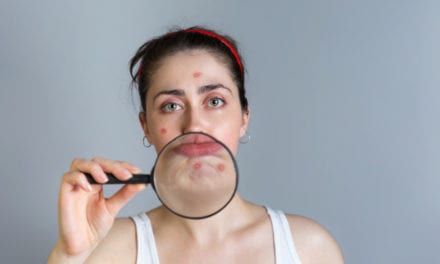 Do You Have Persistent Chin Acne? It Could Actually Be Perioral Dermatitis

The Many Misdemeanors of Management, Part 2