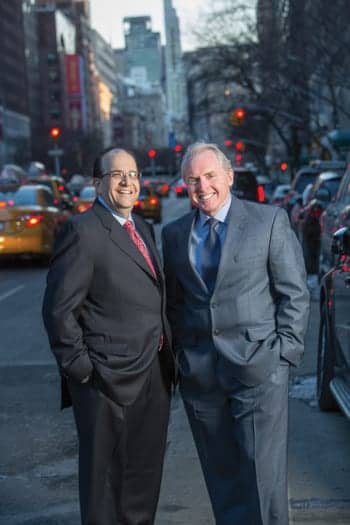 Robert X. Murphy, Jr, MD, glides into Scot Glasberg’s Manhattan office on a brisk Friday afternoon, and the banter begins immediately. “Murph, I met the photographer for the Seattle Seahawks last weekend, and he showed me photos of all the Super Bowl plays,” Glasberg says, part bragging, part sharing, as Murphy is a former football player. From there, they are off. The two talk ice hockey (Glasberg’s oldest son may be a prodigy), Murphy’s dinner plans, the A-list actress who Glasberg sat next to in NBC’s green room earlier that day, and, of course, the American Society of Plastic Surgeons (ASPS).

Scot Glasberg, a New York City plastic surgeon, is the current president of ASPS. Robert X. Murphy, Jr, MD, associate chief medical officer of the Lehigh Valley Health Network in Allentown, Pa, is the group’s immediate past president. And they just happen to be really good friends—the type who can, and often do, finish each other’s sentences.

Instead of viewing their presidencies as two 1-year terms, they see it as more of a joint one.

“You are only there for a year, and it’s hard to get things done unless there is collaboration and continuation,” Glasberg says. “It’s more of a 2-year tenure to help move this corporation and academic institution forward and to define a new direction that meets members’ needs in today’s increasingly complex healthcare environment,” Murphy adds.

The synergy between the two surgeons has helped reinvigorate the ASPS and its 7,000-plus members. Their efforts, including a jazzed-up new meeting, outside-of-the-box industry partnerships, and the advent of two crucial registries, are paying off. The ASPS is most definitely a different and more responsive organization today than it was even 5 years ago.

The Age of Aesthetica

Instead of hosting numerous meetings throughout the calendar year, the ASPS opted to condense three of its best sellers in 2015. Aesthetica will take place in late April, at the posh Cosmopolitan of Las Vegas.

“All I hear from surgeons and industry is that there are too many meetings and they can’t decide which ones to attend,” Glasberg says. “We are all spread so thin that we decided to go bigger and bunch our three most popular meetings—Complications, Dueling Perspectives, and Regenerative Surgery and Innovations—under the Aesthetica umbrella.”

So far so good, he says.

“Registration numbers are marching up, and we already beat last year’s numbers for corporate support,” Glasberg says. Part of the reason for the enhanced support is likely the fact that ASPS has invited other specialty societies to participate, which gives industry a bigger bang for its buck. The meeting has three tracks—face, breast, and body—and as such is also endorsed by the American Academy of Facial Plastic and Reconstructive Surgery.

“For a long time, we were alone on an island and didn’t interact with other activities,” he says. “We have structured a whole bunch of new deals with industry that are win-win-wins for the society, the company, and our members.”

To name just a few: The group partnered with the Musculoskeletal Transplant Foundation to raise awareness for Breast Reconstruction Awareness Day USA and fund targeted research on the use of acellular dermal matrices in breast reconstruction; entered into agreements with several companies to provide customized electronic medical records for ASPS members; and inked a deal with Strathspey Crown Holdings LLC, a lifestyle healthcare growth equity firm, that will provide capital and expertise to help plastic surgeons grow their revenue and compete with the heavily marketed cosmetic surgery franchises.

Many of these efforts should help bolster one of the loftier goals of the Glasberg-Murphy administration: throwing a life preserver to plastic surgeons who want to remain in private practice.

The rumors of the demise of the private-practice plastic surgeon seem to have been at least slightly exaggerated. Of all ASPS members, 49% are still private-practice surgeons, which is different from the good old days when the overwhelming majority of plastic surgeons were in private practice. “It is shrinking, but not as fast as we would have thought,” Glasberg says. “I want those who want to remain in private practice to be able to remain there,” he adds.

To that end, Glasberg has spearheaded task forces to develop best practices for both private practice and employed plastic surgeons. Some of the issues overlap, he says. “They all feel the sense of frustration and concern about the ability to grow their practice and incomes in the face of large health systems that seem to be untouchable.”

Employed surgeons must comply with onerous rules and regulations, and this has contributed to a loss of autonomy, but similar hurdles do exist for private practitioners. “It’s a perfect storm to a specialty that is based on creativity,” Glasberg says. “The concern is that regulations, rules, compliance issues, and metrics are stifling creativity.”

The ASPS is doing what it can to help members weather this storm. This includes the adoption of a Physician Quality Reporting System (PQRS) wizard, which essentially takes a Turbo Tax-like approach to help members meet PQRS requirements. There is also a revamped International Statistical Classification of Diseases and Related Health Problems-10 (ICD-10) conversion tool that will enable members to input their ICD 9 cases and get as close to ICD-10 as possible.

“This is onerous in and of itself, but it is part of a systems evolution and change that most plastic surgeons find pretty daunting,” Murphy adds.

Helping members stay in the game also involves patient-education and awareness campaigns. Do your homework, Glasberg says, quoting one of the ASPS’ most effective campaigns. The “Do Your Homework” multimedia campaign urged prospective patients to research their plastic surgeons before scheduling their surgery.

“Scope of practice is a huge issue,” Glasberg says. “So all types of specialists want to do aesthetic surgery because it is self-pay.”

Next up will be some procedure-specific advertising campaigns. “The first will be an abdominoplasty campaign, but we will continue to advertise other procedures if it resonates with members and patients,” Glasberg adds.

Along the same lines, a new patient cooperative marketing program is also being beta tested in Nashville, Tenn. The premise is fairly simple: A group of local plastic surgeons ban together for marketing purposes. All calls are routed through a central call center. “We are doing that gratis for now, but if we take it to other markets, members will be asked to invest,” Glasberg says.

All of this aims to educate patients and help them make informed decisions about surgeons and surgeries. The recent demise of the Lifestyle Lift Corporation serves as a cautionary tale here, Glasberg says. “Factory-style cosmetic plastic surgery doesn’t work,” he says. “It had a really nice commercial and the results looked pretty good on TV, but patients didn’t know or meet the surgeon until the day of the surgery, and all of this came back to bite them,” he says. “There wasn’t great oversight, and the company had high legal fees to defend itself,” he says.

The message is clear: “It’s OK to cut costs, but not at the expense of quality.”

Patient safety is of paramount importance to both Glasberg and Murphy.

Lifecell: An Acelity Company has agreed to sponsor the new fat grafting registry. “Joining forces with the FDA is emblematic of the fact that we are an organization that is well thought of and can meet commitments,” Murphy says of the two registries. “National and corporate entities are bellying up and recognizing that we have a quality organization with a scientifically rigorous structure.”

Glasberg agrees. “I think Lifecell stepped up because of the importance of this ?registry, given how much we know and how little we know about fat,” Glasberg says. “The US Food and Drug Administration is keeping a close tab on fat and the stem cells and growth factors it contains. The group’s most recent draft guidance documents stressed that stem cells in fat are drugs that must be approved prior to use by both physicians and clinics, and that stem cells are more than minimally manipulated. Put another way: ‘Stem cell facelifts may be procedures non gratae for now.’?”

The draft guidance is not the final word, but it does show where the FDA is leaning when it comes to regulatory oversight of fat and stem cells.

There is no doubt that fat is where it’s at today, Glasberg says. “The technology and techniques have advanced to a degree that we no longer are relying on implants for buttock augmentation,” he says. “It’s possible that in 10 years I will do a breast augmentation entirely with fat and stem cells with no implants.”

Murphy considers this for a moment, acknowledging the possibility, probability, and plausibility…and nods.

It’s clear that the two often see things the same way, and respect each other’s opinion. “We have been involved in ASPS since the time we came out of residency, we both have kids younger than most who have risen to the office of president, and we want to be there for our families as much as we can, so we frontload days so the kids don’t suffer,” Murphy says.

The ASPS and its members benefit as well. “The fear is always that a new president will come in and change gears, but if we have a couple of people who seem to have vision, you don’t have to worry,” Glasberg adds. 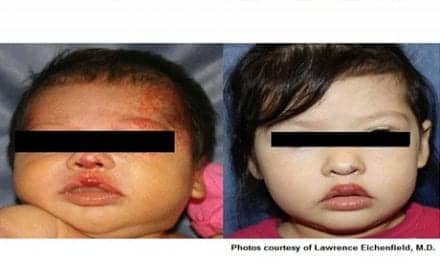