Inexorably, stem cell biology is finding its way into a broad range of medical disciplines, including aesthetic surgery.

The best reconstructive strategies or the best strategies to augment soft tissue involves using the patient's own fat tissue rather than implants. Implants have their own set of long-term problems that one's own tissue doesn’t have.

The federal government is not ignoring this issue. The Adipose Stem Cell Center at the University of Pittsburgh has recently received multimillion-dollar grants from the National Institutes of Health toward breast cancer reconstruction applications, as well as from the Department of Defense, which is interested in how adipose stem cells can be used for the aesthetic reconstruction of wounded soldiers.

Stem cells are merely immature cells that scientists can manipulate into becoming full cells of many types, so they can be used to treat many diseases.
At least, that’s the theory. As yet, there are no documented human trials or experimentation.

Public funding would accelerate the acceptance and use of stem cell research in the Western world, but this is a difficult endeavor as the field is simultaneously exposed to political and public scrutiny.

Controversy surrounds the medical uses of stem cells derived from human embryos. Under the direction of morally conservative governments, the media have likened the development of stem cell-based medicine to fears about human cloning, loss of individual identity, and the wrath of God.

Roadblocks to success have formed because, among other things, it is widely believed that the so-called best stem cells should be harvested from human embryos.
Most of the embryonic stem cell research has taken place in Japan, the UK, and parts of Europe and Asia that have ostensibly put aside the brand of moral outrage voiced by other countries.

Scientists are currently wringing their hands because the existing “lines” of embryonic stem cells in our world are drying up and perhaps cannot be replaced.
Nonetheless, research work-arounds continue. Although governments and special interest groups work against public funding of these research efforts, private funding is available and is being used — even in the United States. When it comes to innovation, profit is a powerful motivator.

Almost universally, researchers appear eager to work around the demands — however reasonable or not—of their respective governments in order to achieve success. In other words, where there is a will, there is a way.

Which brings me back to aesthetic-surgery applications. In the near future, implants grown from stem cells could be injected into patients, providing a sound, more aesthetically pleasing alternative to silicone or saline implants.

As such a treatment would use the patient’s own stem cells, this type of “natural implant” could keep its shape and size for years, perhaps for life.
According to recent research, fat-derived cells also may be “instructed” or manipulated into becoming skeletal or muscle tissues.

For example, one US-based group used stem cells derived from fat to heal defects in the skulls of mice. In Korea, such cells were placed in the brains of rats that had simulated strokes, and the rodents showed improvement.

The possibilities may be endless, and as Dr Rubin demonstrates, despite a worldwide cultural inclination to pooh-pooh the use of stem cells in aesthetic applications, research and experimentation will likely continue … much to the benefit of humankind. 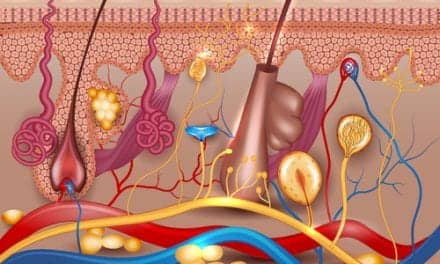 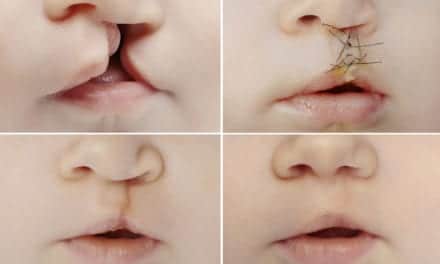 For Children with Cleft Lip and Palate, No Major Psychological Impact of Repeated Surgeries