Do plastic and cosmetic surgery procedures improve a person’s body image? New research published in Annals of Plastic Surgery suggests that the answer to this question is, "Not really." The results showed that while 68.4% of the study’s subjects were initially less preoccupied with the treated body part, the preoccupation eventually returned in 43.4% of cases. Sadly no, turns out even if the new nose job looks great patients with body dysmorphic disorder tend to obsess on a different physical flaw next.

A research team recruited 200 individuals diagnosed with BDD and interviewed them in two formats. The team discovered that 42 of the subjects had undergone cosmetic procedures and 158 had not. Those who received treatment were interviewed a second time to assesses the subjects’ attitudes toward the effectiveness of the cosmetic treatments they received. Specifically, the researchers were interested in how the subjects appraised the appearance of the treated body part after the procedure, whether the subjects remained preoccupied with the body part, and whether the severity of their overall BDD symptoms changed after the treatment.

Only 25% of subjects had a long-term sense of satisfaction following the cosmetic procedure. Additionally, only 2.3% of subjects experienced long-term improvement in their overall BDD symptoms. The authors of the study believe that people with BDD are often concerned with several aspects of their appearance, and that even in those 25% of cases where long-term preoccupation with the treated body part was reduced, the obsession simply shifted to another body part.

Does this mean that plastic surgeons should refuse to perform cosmetic surgery on people with BDD? If their goal in providing the surgery is to alleviate the people’s dissatisfaction with their bodies, then perhaps they should.

According to the study, only 16% of BDD patients were refused cosmetic treatments, and only 30% of physicians consider BDD grounds for refusing a patient treatment. The findings suggest that this notion should be reevaluated. Cosmetic surgeons should more carefully assess prospective patients for BDD, and they should administer treatments to patients with BDD less frequently. 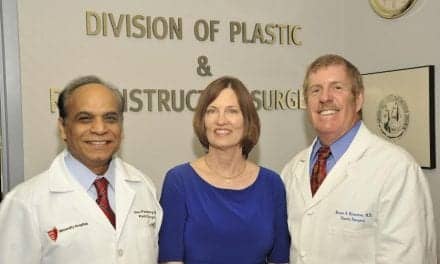