The De-legitimization of Antiaging Research

Wired has produced an apt description of where science and medicine (and the research arms of both disciplines) stand in relation to making a breakthrough in the study of antiaging. As with many people, I have been unsure about the exact science behind antiaging research and some of the claims of firms promoting so-called antiaging products. Is it all geared towards producing new vitamin formulations, hormone therapies, creams and lotions, and drugs to reverse the aging process? First, the antiaging industry still needs to get free of its "snake oil salesman" reputation. The whole industry is on the verge of self-parody without more serious investigations into useful treatments and less emphasis on selling snake oil. How to Do the Ultimate Aging Study:

Longevity is one of the hottest areas of science, but there’s a curious hole in the research: Scientifically speaking, nobody knows how to measure aging, much less predict reliably how people will respond to time’s ravages.

After all, aging isn’t just chronological. Some people are spry and nimble in their elder years. Others are afflicted by the diseases of aging — heart disease, diabetes, cancer, Parkinson’s, Alzheimer’s, dementia and stroke — by middle age.

Many researchers think those diseases are manifestations of a common underlying cause, known conversationally as aging but as yet undefined by science. They call for studies that would gather exhaustive clinical and genetic data from thousands of people over many years, hopefully identifying the biological mechanisms of growing both older and unhealthier.

“Unlike models of drug development for the diseases of aging, which have consensus endpoints to evaluate, we have not reached a consensus in aging,” said gerontologist Don Ingram of the Pennington Biomedical Reseach Center. “We don’t know how to predict how someone will function later in life, and we need to.”

That such a basic gap exists seems counterintuitive. After all, longevity-enhancing research has never been so prominent. Following leads revealed by animals on calorically restricted diets — they tend to live longer, apparently because dietary stress triggers cell-protecting routines that prevent aging diseases — scientists have found genes and pathways that can be targeted by drugs.

Felipe Sierra, director of the National Institute on Aging’s Division of Aging Biology, laments the lack of authoritative studies on the nature of aging in humans. Researchers have had neither the technology nor the long-term understanding of aging factors to proceed.

Sierra noted that — at a moment of cheap gene sequencing and high-powered genome association studies, when desktop computers crunch terabytes of gene and protein data — the most reliable indicator of aging is still whether people look old. It’s hardly scientific.

“The technology has advanced to the point where we should be able to try,” said Sierra.

Ya think? Read it all.

Procter and Gamble and Syneron Medical to Market Home-Use Devices 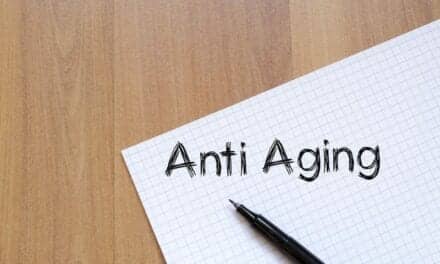