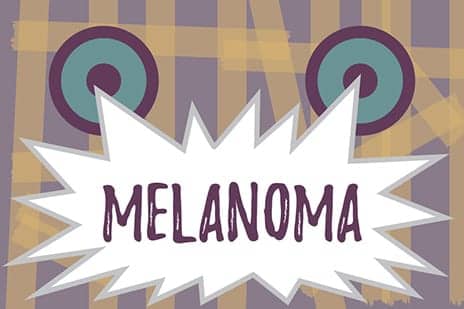 “Squamous cell carcinoma of the skin is the second most common cancer in the US, and its incidence is continuing to rise,” says Washington University dermatologist and study co-author Lynn A. Cornelius, MD, the Winfred A. and Emma R. Showman Professor and director of the Division of Dermatology, in a media release from Washington University in St Louis.

“This skin cancer and its treatment can be disfiguring, costly and even life-threatening, making it essential to improve preventive strategies.”

The therapy combines a cream formulation of a common chemotherapy drug called 5-fluorouracil with a synthetic form of vitamin D called calcipotriol. Standard therapy for the precancerous skin lesions — called actinic keratoses — is topical 5-fluorouracil alone. Calcipotriol is a standard therapy for psoriasis, an autoimmune disorder that causes red, scaly patches of skin.

The same research team has shown that calcipotriol activates the immune system’s T cells, which then attack the tumor cells. In a past clinical trial conducted at Siteman Cancer Center at Barnes-Jewish Hospital and Washington University School of Medicine, a combination of this immunotherapy plus chemotherapy cleared actinic keratoses better than standard chemotherapy alone.

“We hope our findings will establish that the use of premalignant lesions as personalized therapeutic targets can train the immune system to fight against the progression to cancer.”

The investigators, including first author Abby R. Rosenberg, a Washington University medical student, suggest that the therapy reduced the development of skin squamous cell carcinoma on the scalp and face but not the arms. They speculate that the topical therapies may penetrate the skin of the face and scalp more than that of the arms and induce a stronger immune response in those areas.

The researchers also note that this treatment regimen was relatively short — topical treatments were applied twice daily for 4 days — and a longer regimen may be necessary to be effective on the skin of the arms and other parts of the body.