Dermal Filler Use in Hand Rejuvenation 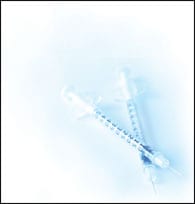 Our hands are subject to increased aging because visible signs of aging are most prominent in areas of the body that are exposed to natural elements.

The evolution of medicine has paved a way toward significant advancement in techniques for erasing signs of aging from the human face. However, medical professionals have been largely unsuccessful in evaluating and studying the effects of dermal aging in other areas of the body—such as the hands.

The objective of rejuvenating the hands is to add generalized fullness to the skin and subcutaneous tissue in order to add volume to the hand forming the joint with a youthful fullness.

The components of calcium hydroxylapatite occur naturally in the body. This substance is biocompatible, nontoxic, nonirritating, and nonallergenic.

The immediate and long-term durable effect has led to interest in its application in other aerobic areas, particularly the hands.

The study was conducted under the experimental written consent of individuals with the study.

The risks, benefits, and complications were discussed with my patients prior to administration of the dermal filler in both hands.

Candidates for hand rejuvenation with this dermal filler are patients with loss of subcutaneous fullness of the dorsal hand and thinning of the skin.

The prominence of tendons and veins are the additional signs for rejuvenation. Patients with intermetacarpal wasting are good candidates for the procedure.

A 1.3-cc solution of the dermal filler Radiesse was applied to each dorsal aspect of the hand using a sterile technique.

I placed the Radiesse as a lump between the second and third/third and fourth ray metacarpal.

The lump was injected into each of these areas. Afterward, I digitally manipulated the lump into a thin layer.

After the edema subsided, I noticed a high rate of improvement in the volumizing of the hand. It appeared to have improved and dissipated rhytids over the dorsum of the hand.

Radiesse placed into the soft tissues provides immediate correction. The carrier gel is gradually absorbed over time, and the calcium hydroxylapatite particles remain.

The goal is to produce new collagen around the metacarpals of the calcium hydroxylapatite up to 78 weeks after implantation.

Surprisingly, these findings equaled the clinical improvement in appearance.

The durability for soft tissue augmentation has shown results ranging an average of 1 year or more in most patients.

The patient should be counseled about the risks, benefits, and complications; as well as what to expect in terms of any discomfort that may occur during or following the injection.

Additional issues to discuss include adverse effects and the likely durability of the corrective treatment. Informed consent should be obtained.

The injection site should be marked, and pretreatment photographs should be taken prior to marking.

Calcium hydroxylapatite has a relatively thick viscosity. For that, I use a 27-gauge, 1½-inch needle.

The most direct approach is to first inject the substance in the subdermal plane, superior to the periosteum in a bolus fashion, followed by molding of the material to the desired effect.

The preparation of the dermal filler requires a 1.3-cc syringe of the Radiesse filler using a 27-gauge needle. A solution of 0.29 cc Xylocaine 1% with Epinephrine may be used to mix with transfer system valve—in order to mix Radiesse with a local anesthetic.

Once the product is prepared, the dorsal aspects of the hands are prepped with alcohol. I inject the Radiesse (using the 27-gauge needle) into each dorsal aspect of the hand—1.3 cc into each hand over the second/third ray and third/fourth ray, radial thumb, MCP joint, ulnar midshafy ray metacarpal.

Using digital manipulation, I mold and massage the injected Radiesse evenly in order to eradicate the wrinkles.

Following injections and manipulation, an ice pack may be applied.

The level of placement for rejuvenation of the hands is in the immediate subdermal plane superficial to the veins and tendons to support the skin.

Radiesse provides scaffolding for collagen—building the body’s own collagen that interweaves into the structure’s microspheres.

Edema is the most consistent postoperative sequela associated with this technique. Within the first hours and days following placement, it is very important to protect the dorsal aspect of the hand and to minimize the formation of edema. I advise all of my patients to use ice packs and to elevate the hand as tolerated, in order to minimize swelling.

The overall effect of rejuvenation of the dorsal aspects of the hands is to create a thickness in the aging skin.

The resulting overall fullness can provide aging hands with an increasingly youthful-looking appearance.

Volume enhancement by using the dermal filler Radiesse has grown in popularity in facial rejuvenation.

However, Radiesse has become dermal filler that provides instant and durable, long-lasting results.

Moreover, this dermal filler has an element of versatility in its usage. Therefore, it should be used to enhance the volume of other areas of the body (such as the hands) that are subject to increased visible aging due to exposure to natural elements. 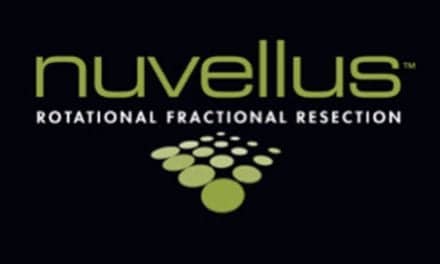 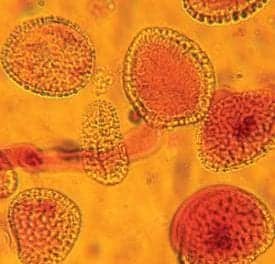