For patients who seek permanent relief from hyperhidrosis, Elliot W. Jacobs, MD, FACS, a plastic surgeon based in New York City, claims to have a solution. Hyperhidrosis is a condition characterized by abnormally increased perspiration, in excess of that required for regulation of body temperature.

Previously, there have been only halfway satisfying attempts to control hyperhidrosis from the axilla—such as Botox, which does work but is expensive over a long period of time, and is only a temporary solution. Jacobs’ permanent solution, which he has dubbed Sweat Lipo, uses a modified version of the liposuction technique in which the apocrine duct beneath the skin remains intact, but the bulb of the sweat gland that produces the sweat is removed.

The procedure “does not remove the eccrine glands, the ones that are within the skin,” Jacobs explains. “Those will continue to function. What it does is remove the glands that are responsible for the excessive sweating, the gushing kind of sweating that occurs even in times when someone is in a cold room. This is the kind of sweating that happens with hyperhidrosis. People sweat inappropriately.”

There are two kinds of sweat glands in the armpit area, he notes: those within the skin, and others similar to hair follicles that actually start beneath the dermis in the fatty tissue. The apocrine glands that start beneath the dermis in the fatty tissue are amenable to being removed by being cut off and suctioned away. During a gynecomastia procedure, he removed some of the sweat glands of a patient who, during a follow-up visit, remarked that his hyperhidrosis in the armpits had significantly improved.

Jacobs realized he found a very good procedure for treating hyperhidrosis using the sharp, aggressive instruments he had designed for treating gynecomastia. “Most liposuction instruments are meant to be dull, so that they don’t produce any particular damage to the undersurface of the skin,” he says. “This was a different approach. I am actually deliberately scraping the undersurface of the skin in order to get the sweat glands out. It was so serendipitous! After I realized it, I started doing additional procedures just for people who had hyperhidrosis without gynecomastia.”

Jacobs has refined his hyperhidrosis procedure to where it now takes between 45 minutes to an hour. It starts with a single tiny cut just at the front fold of the axilla. “We go in under the skin with a local and a little tumescent fluid,” he says, “and then scrape it down and sew it up with a single stitch. I do it here in my office operating room. We put some dressings on that [the patient] can take off in 2 days. The stitch falls out, and they experience significant diminishing in sweating by the time the dressings come off.”

Jacobs usually performs the procedure “under twilight sleep with an anesthesia doctor,” he explains. “The patient is put on their back with their arms out on an arm board. The arm is extended upward so that they are at a 135-degree angle from the side. You have a complete view of the armpit. Prior to surgery, I usually ask the patient to shave their armpits a week to 10 days before surgery. I want it to be relatively free of hair but to have a little bit of stubble. The stubble will tell me where most of the apocrine glands are. They generally follow the hair. If there is stubble, I have an idea where I am going to go.”

He examines the hair pattern, the stubble, and then draws an outline on the skin. “I go a little bit beyond the hair-bearing tissue. That usually is sufficient,” he adds.

There is another benefit to doing the Sweat Lipo procedure, he says. “The other thing that is of concern here is something called bromhidrosis, which is basically a bad odor. That is caused not by the sweating but by the action of bacteria on the skin working on the sweat. While the procedure itself is not aimed at the bromhidrosis, presumably if you diminish the amount of sweat you will diminish the amount of bromhidrosis, as well.” Another benefit of the procedure, although according to Jacobs it is not guaranteed, is that while suctioning out part of the sweat glands some of the hair follicles can be taken, as well. The hair in the armpits becomes a little sparser, he adds.

WHO SHOULD GET IT?

People who have hyperhidrosis know it. “It’s not for people who sweat when they are working out, or if they are in a warm environment or a stress situation,” Jacobs says. “It’s meant for those who sweat when there is really no reason to be sweating. These people, the ones I accept for surgery, have been through the mill.”

Thus far, Jacobs has performed 125 of these procedures and has seen no complications, no bleeding, or infections. Patients take antibiotics just as a precaution. He will not operate on anyone who has an active infection, and says that anyone with chronic recurring infections in the armpit due to infections of these particular glands is not a likely candidate.

“Any infections or scarring from prior infections would make doing the surgery extremely difficult,” he notes. “What I need is a clean axilla with a history of hyperhidrosis.”

Jacobs’ patients usually see an approximately 70% to 80% reduction in that kind of sweating. “It’s much more controllable.” he adds. “Some people ask me if I can do it on the palms of the feet, because that is another common area for the hyperhidrosis. Unfortunately, it does not work there. The best treatment for the other areas is either Botox or something called iontophoresis. Most of the time, iontophoresis is done by a dermatologist, not a plastic surgeon. Plastic surgeons, of course, use Botox routinely.”

Jacobs claims that most of his colleagues still have not heard of Sweat Lipo. However, regarding patient feedback, he says, “As long as you are not expecting a total cure, you can expect to be very happy with the outcome. Everyone who undergoes the procedure experiences significantly diminished sweating and frequently diminished odor, as well. “It’s a nice little procedure that is very straightforward. The worst that can happen is that it doesn’t work that well, which I have not seen. But there really is no downside in terms of risk. I have never seen a hematoma. I have never seen an infection. Since we are undermining the skin, the skin is a little firm with temporary bruising or numbness, which are all normal and part of the healing process.” 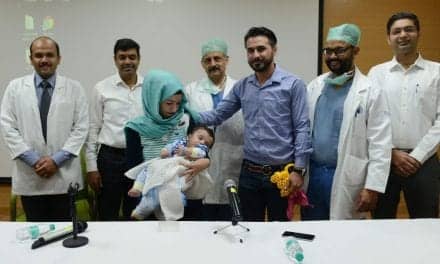 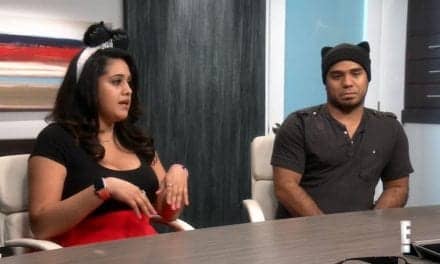 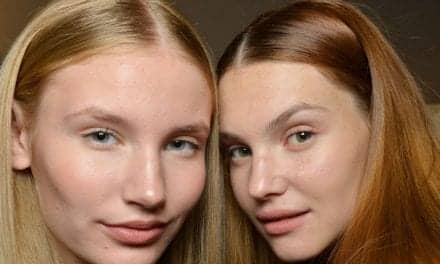