Frustrated by the lack of attention from many laser systems firms and after getting nowhere with the call center, some physicians have turned to airing their dissatisfaction in online public forums, and by firing off “e-mail carpet bombs” to the top executive management layer of these companies. The Web is filling up with their support horror stories.

One place to witness this in action is at MedicalSpaMD.com, where expert-to-expert (E2E) discussions offer insight into the high levels of anger and frustration among many physicians who claim they have been left in the dust after they signed the contract to buy or lease a laser system. Names are named. Specific problem areas are cited. Company responses—and lack of response—to complaints are aired in public.

“Direct your anger at the laser companies who do not support the doctors who buy their lasers,” writes one impassioned and disgruntled practitioner on MedicalSpaMD’s Physician Clinical Exchange forum. “By their inaction, and active blocking of ‘clinical exchange,’ these companies, and specifically their executives, make treatments with their lasers risky and much less effective!”

The issue is complicated by the type of clinical support requested by physicians. For example, some want to know how they can use their laser systems in procedures that would easily be considered off-label by the FDA.

Laser systems firms have to be very careful when addressing these types of support questions. Sometimes, they offer personalized support to their customers. Some firms do not address them at all, and others promote these off-label uses in unofficial and backdoor ways and then publicly refute them.

This sort of problem does not reach a flashpoint in a vacuum. The lack of quality after-sale clinical support from laser systems firms has been one of those issues in the aesthetic industry that few will openly talk about. To be fair, some laser systems vendors offer very good customer support. Others, however, offer levels of mediocrity rather than levels of excellence in this area.

Meet Jeffrey E. Epstein, MD, a cosmetic dermatologist in Cherry Hill, NJ, who last year took his concerns about laser systems support to the MedicalSpaMD forum, where he aired his experiences dealing with one specific laser company and its after-sale support. He discovered that several colleagues felt the same way as he did.

Epstein’s response has been to create a Web-based discussion forum for practitioners, the Medical Aesthetic Practice Association (MAPA). MAPA was formed in December 2008, has 250 members, and is growing. Using the Internet as a valuable interface between cosmetic physicians and other providers of aesthetic services, Epstein champions an open information exchange among physicians that he says will result in better clinical outcomes and fewer adverse events.

This brand of grassroots advocacy that scrutinizes corporate America has popped up in other industries, as well.

In one potent example is National Public Radio host Bob Garfield’s well-known ComcastMustDie.com Web site, which Garfield has called a “consumer jihad” against the cable company. Similar to Epstein, Garfield found success in forcing some changes to Comcast’s technical support activities by encouraging customers to rant publicly about poor service on his blog.

Epstein’s organization, though, is positive and forward-thinking, and he hopes that the laser companies will support MAPA.

Laser systems companies that need to develop or improve their customer support might do well to take a cue from Epstein—developing online forums and Web-based support organs can go a long way to assist the busy professionals who have sunk tens (even hundreds) of thousands of dollars in their systems. Not to mention keep those people around as customers in the future.

Let us know how your laser systems support impacts your practice. You can contribute to the discussion on this web site. 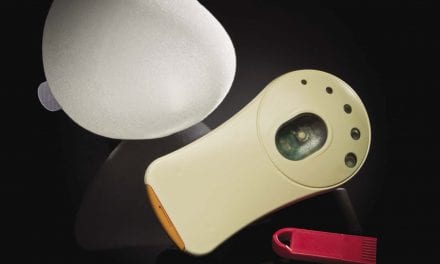 THE BREAST: Breaking Down Barriers