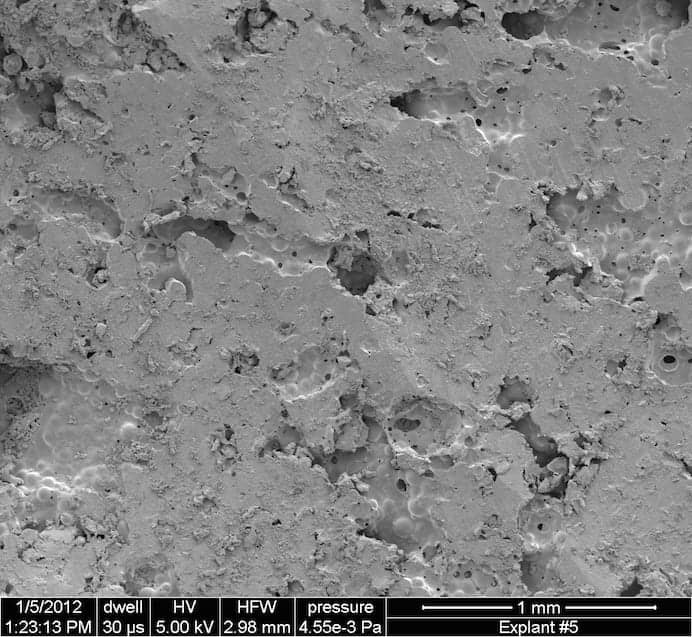 Scientists at Rice University have developed a method to infuse the porous material with time-released antibiotics that protect patients from infection while they heal. (Credit: The Mikos Research Group/Rice University)

Antibiotic-infused facial implants may improve healing after reconstruction, reports a study in the Royal Society of Chemistry journal Biomaterials Science.

The implants, designed by researchers at Rice University in Houston, incorporate a unique way to deliver time-released antibiotics to ward off infection while a facial reconstruction patient heals.

The Rice laboratory develops materials to help repair severe craniofacial injuries from trauma or pathological defects like tumor removal. The lab’s specialized plastic space maintainers are designed to keep a pocket for new bone open while the overlying soft tissue heals. In later surgery, the implant is removed to make way for reconstruction of the bone.

In their latest advance, porous polymethylmethacrylate (PMMA) implants are filled with a gel that leaches its protective antibiotic contents to surrounding tissue, which protects the tissue from infection for several weeks.

“Infection is an important problem that needs to be considered with medical devices because bacteria can prevent the body from being able to heal,” says Rice University bioengineer Antonios Mikos, PhD, in a news release. “If the infection gets too severe, it can even cause tissues that were previously healthy to die.”

The researchers noted that infections from the external environment and from neighboring structures such as the nasal passages, the sinuses, and the mouth can attack vulnerable tissue. Several studies have indicated wound infections from gunshot injuries to the face are common, they write.

Soldiers are at particular risk, says Mikos, as battlefield injuries are often prone to infection from multidrug-resistant species of bacteria that invade between the time of injury and treatment.

Labs at Rice and elsewhere have experimented with porous implants but found they are susceptible to invasion by infectious bacteria. The Mikos lab’s solution is to fill the pores at the point of care with a thermogel that infuses the spacer as a liquid and turns into a gel when exposed to body heat.

The thermogel itself consists of a block copolymer, a self-assembling combination of two polymers that is also under investigation for the controlled release of chemotherapy drugs.

“Block copolymers can offer a lot of benefits since they are designed to take advantage of the strengths of individual polymers,” Mikos says. “The block copolymer we used for our study was designed to be able to take on water, become a gel at body temperature, and slowly degrade over the course of implantation.”

Porous implants have been tested in humans, but PMMA with thermogel has not, Mikos says. In experiments, the Rice lab infused the gel with colistin, a last-resort antibiotic with strong side effects. The PMMA and copolymer combination enabled tight control of its release without disrupting its antibacterial activity, the study showed. In testing, the implants initially released a burst of the antibiotic through diffusion. Over time, degradation of the copolymer would continue to release lesser amounts of the drug for up to 28 days.

What’s more, the thermogel can be customized at the time of implantation with the appropriate antibiotics, which also affect the rate and duration of release, before infusion into the prefabricated spacer, Mikos explains.

The project is part of a $75 million, 5-year Armed Forces Institute of Regenerative Medicine grant to Rice, the University of Texas Health Science Center at Houston, and collaborating institutions to develop technologies to treat soldiers on the battlefield and advance care for the public. 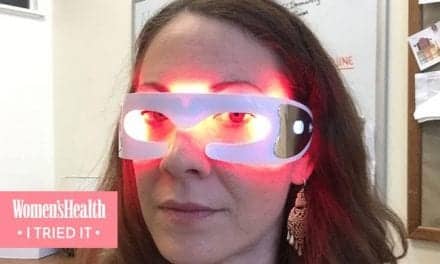