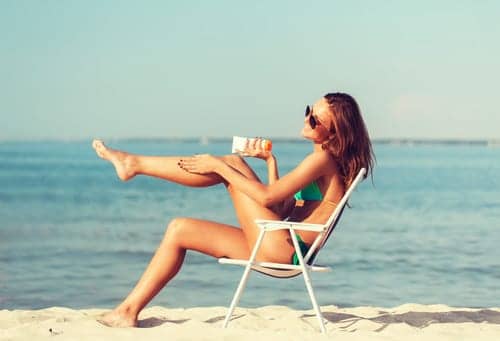 Most commercial sunblocks are good at preventing sunburn, but if they go below the skin’s surface and enter the bloodstream, they pose possible hormonal side effects and could even be promoting the kind of skin cancers they’re designed to prevent.

Now researchers at Yale University have developed a new sunblock, made with bioadhesive nanoparticles, that stays on the surface of the skin.

The findings appear in the September 28 online edition of the journal Nature Materials.

“We found that when we apply the sunblock to the skin, it doesn’t come off, and more importantly, it doesn’t penetrate any further into the skin,” says Mark Saltzman, PhD, the Goizueta Foundation Professor of Biomedical Engineering. “Nanoparticles are large enough to keep from going through the skin’s surface, and our nanoparticles are so adhesive that they don’t even go into hair follicles, which are relatively open.”

Using mouse models, the researchers tested their sunblock against direct ultraviolet rays and their ability to cause sunburn. In this regard, even though it used a significantly smaller amount of the active ingredient than commercial sunscreens, the researchers’ formulation protected equally well against sunburn.

They also looked at an indirect effect of UV light. When the active ingredients of sunscreen absorb UV light, a chemical change triggers the generation of oxygen-carrying molecules known as reactive oxygen species (ROS). If a sunscreen’s agents penetrate the skin, this chemical change could cause cellular damage, and potentially facilitate skin cancer.

“Commercial chemical sunblock is protective against the direct hazards of ultraviolet damage of DNA, but might not be against the indirect ones,” says co-author Michael Girardi, MD, a professor of dermatology at Yale Medical School. “In fact, the indirect damage was worse when we used the commercial sunblock.”

Little research has been done on the ultimate effects of sunblock usage and the generation of ROS, “but obviously, there’s concern there,” Girardi says.

Previous studies have found traces of commercial sunscreen chemicals in users’ bloodstreams, urine, and breast milk. There is evidence that these chemicals cause disruptions with the endocrine system, such as blocking sex hormone receptors.

To test penetration levels, the researchers applied strips of adhesive tape to skin previously treated with sunscreen. The tape was then removed rapidly, along with a thin layer of skin. Repeating this procedure allowed the researchers to remove the majority of the outer skin layer, and measure how deep the chemicals had penetrated into the skin. Traces of the sunscreen chemical administered in a conventional way were found to have soaked deep within the skin. The newly developed sunblock came off entirely with the initial tape strips.

Tests also showed that a substantial amount of the Yale team’s sunscreen remained on the skin’s surface for hours, even after exposure to water. When wiped repeatedly with a towel, the new sunblock was entirely removed.

To make the sunblock, the researchers developed a nanoparticle with a surface coating rich in aldehyde groups, which stick tenaciously to the outer skin layer. The nanoparticle’s hydrophilic layer essentially locks in the active ingredient, a hydrophobic chemical called padimate O.

Some sunscreen solutions that use larger particles of inorganic compounds, such as titanium dioxide or zinc oxide, also don’t penetrate the skin. For aesthetic reasons, though, these opaque sunscreen products aren’t very popular. By using a nanoparticle to encase padimate O, an organic chemical used in many commercial sunscreens, the Yale team’s sunblock is both transparent and stays out of the skin cells and bloodstream. 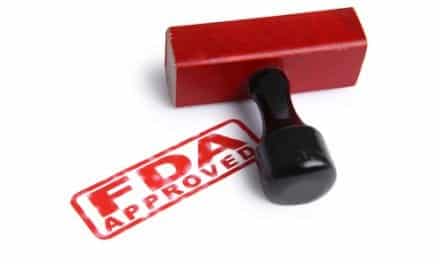 Not All Parties Satisfied with Final Dow Corning Settlement