Not All Parties Satisfied with Final Dow Corning Settlement

In the 1980s and ’90s,  hundreds of thousands of women from the United States and Europe took legal action against American implant manufacturer Dow Corning, claiming the company’s leaking silicone breast implants had caused immune system reactions and interfered with cancer diagnoses.

The cases have finally been settled; however, not all patients are satisfied with their compensation. Monetary compensation was driven down when Dow Corning entered bankruptcy protection after a multi-billion dollar class action settlement in 1998.

UK-based publication The Star reported the story of Shirley Hartley, 56, who took legal action after her silicone breast implants caused burning, pain, and tingling sensations, as well as chronic fatigue. The British campaigner was awarded £207 in compensation.

"It is an insult, they might as well have given us nothing at all," Hartley told The Star. "Before this happened I could go for a walk, I had a job, and now I can’t do any of those things. But I still want to help other women."

Last year, an independent review of silicone implants for the United Kingdom’s Medicines and Healthcare products regulatory agency found no conclusive evidence for an abnormal immune response to silicone from breast implants in tissue. Nevertheless, it deemed that “low-grade” chronic infections may contribute to some of the non-specific illnesses in some women with silicone gel breast implants.

The review suggested that women considering breast surgery needed better quality information on whether to pursue the procedure. 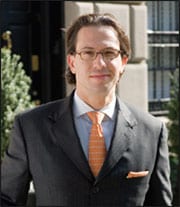