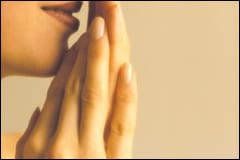 The aging process affects the whole body, not just the face. Although we often invest the most in our face in terms of aesthetic procedures, the rest of the body also needs attention.

There are two reasons for the emphasis on the face:

The second area that shows signs of volume loss after the face is the hands. After we have met someone and made eye contact, we tend to shake his or hand, so this is the next part of the person that we see.

The number of patients who have aesthetic medical treatments is increasing each year. Much of this is due to more affordable procedures and increased awareness and knowledge. Not only is the demand for the better-known treatments such as botulinum toxin Type A and dermal fillers increasing, but greater numbers of patients are also requesting treatments to rejuvenate the hands.

Most women are now very aware of the risks of sun damage to their faces, but they often neglect their hands, neck, and chest. Many of our patients complain that their faces look great but their hands give away their ages.

Two main aspects of how the aging process affects the hands are similar to those of the face. The first aspect is skin texture: pigmentation changes, skin thickness, and surface appearance (fine lines). The second aspect is generalized volume loss, which results in more visible and prominent veins and tendons and a more “bony” appearance.

Texture is the first thing that changes with the aging process, and—depending on how long a patient spends outdoors without a sunblock and what the skin type is—some patients may even notice changes as early as their mid-30s. Patients who belong to Fitzpatrick skin type I or II (these are “Celtic” or very fair, freckly-type people) are more likely to develop dark, patchy pigmentation on the back of their hands, often known as sun spots, age spots, or liver spots.

These spots are the results of damage to the melanocytes—the cells that produce the dark pigment responsible for the color of our skin and hair (melanin). When we are in our 20s and early 30s, and the melanocytes function well, they produce nice, even pigment that covers the skin uniformly; so we get a nice, chocolate tan that looks attractive. Due mainly to unprotected sun exposure, the melanocytes begin to produce pigment in less even patterns, resulting in a patchy appearance.

There are several ways to treat this problem, but the first and foremost is to ensure that our patients protect these areas from the sun by using a good sun-protection product with an SPF of at least 30. Most of us are careful about putting sunblock on our faces, but how many remember the hands? While we drive in the car on a sunny day, our hands are exposed to sunlight and, if unprotected, they can become pigmented.

Once the damage is done, a chemical peel can help repair the skin and restore more even pigmentation. Most commonly used peels for this purpose are based on trichloroacetic acid (TCA), which can be used in different concentrations, depending on the problem. If there is a large number of sun spots, a high concentration (40%) of TCA is used. It is applied only to the pigmented areas because it is quite strong and can damage the surrounding normal skin.

This type of peel is called an “only touch” peel, and once it is applied the dark spots turn white—the so-called process of “frosting.” A few days later, the frosted areas appear dark and scab over. The scabs gradually fall off over the next 2 weeks and are replaced by new pink skin.

It is very important to protect this new skin from sun damage by using a sunblock; failure to do so may result in hyperpigmentation or hypopigmentation. Sometimes it is very difficult to precisely match the color of the treated and untreated areas after only a touch peel, so in this case an overall peel of lower concentration is applied to the rest of the areas. This is usually 15% TCA; by removing the top layer of the skin on the hands, it not only helps the pigmentation but also improves the skin texture by reducing fine lines.

The downtime from a chemical peel is approximately 7 to 10 days, during which time the peeling process is completed. As an alternative to the chemical peel, light treatments can be used. Intense pulsed light (IPL) emits a broad band of wavelengths, as opposed to lasers, which emit a single wavelength light. This broadband light can destroy different targets in the skin and, with the use of specially designed filters, it can target different colors.

For example, for all brown-color targets like sun spots or dark hair, a 695-nm filter is used and this selectively destroys every target with this color regardless of its nature. When IPL is used on the back of the hands, the sun spots are targeted, and they will initially become darker in color. After a few days, a scab is formed that subsequently falls off over the next few days to 2 weeks. When this happens, the result is more even pigmentation and improvement of skin texture (Figure 1).

Once the skin texture has been addressed, volume-replacement procedures should be performed to complete the rejuvenation process. In younger patients, this may not be necessary because volume loss typically occurs later in life, possibly around the early 40s. This process can be accelerated by a substantial weight loss.

One procedure for volume replacement that addresses both skin texture (fine lines) and volume on the back of the hands is mesotherapy, developed by French physician Michael Pistor, MD, in the 1950s and now performed by more than 15,000 practitioners in France. It is also taught in French medical schools.

The technique involves multiple injections of various active or homeopathic substances into the dermis to treat sports injuries, cellulite, hair loss, and several other conditions. For example, procaine improves the circulation, whereas hyaluronic acid hydrates and plumps up the skin.

Manufacturers are therefore now focusing on developing products for mesotherapy that contain small amounts of stabilized HA to make results last longer. Even with this product, one treatment session is rarely sufficient, and the patient will usually be brought back for a second or even third session at 4-week intervals.

The most commonly used stabilized HA products are crystal-clear gels. When they are injected into the dermis, they moisturize the patient’s skin from within. HA is found naturally in the body, but its production decreases with time. It stimulates skin cells to increase the production of collagen and elastin so that the hand’s skin looks plump and youthful.

Each treatment consists of multiple injections into the dermis on the back of each hand. This can be done either manually or with the help of an automatic device—the so-called “mesotherapy gun.” Immediately after the treatment, the area looks swollen and lumpy and can also be bruised, but all these symptoms subside over a few days. A gentle massage can be helpful. The same procedure is repeated in 4 weeks. The results usually last 6 to 12 months, after which a maintenance session is recommended (Figure 2, above, and Figure 3, below).

Another way of replacing the volume in the hands is by using the patient’s own fat. Autologous fat transfer can be performed with a commercial device or manually by using a syringe. A small amount of fat is harvested from areas such as the inner thighs, abdomen, or knees. The fat is then “washed” and centrifuged, then immediately injected into the hands.

The procedure is performed under local anesthesia, and usually a small incision (2 to 3 mm) has to be made on the back of the hand. Patients are required to wear bandages for a few days after the procedure, and there may be some bruising. However, once this has cleared, the hands look plump and rejuvenated.

There are some disadvantages to this technique. The fat must be harvested from another area, and sufficient care has to be taken of the donor area as well as the treated area. The harvesting process has to be performed so as to avoid leaving an uneven surface in the donor area. The lack of fat in some very thin patients can be a problem, and they may not be suitable for this procedure.

As with any procedure involving the patient’s own fat, the body may metabolize it quickly and therefore we cannot predict how long the effects will last. Occasionally, a second session may be required, and the results from fat transfer can sometimes last for years. Compared to mesotherapy, fat transfer is also more effective in covering the unsightly veins that appear on the back of the hands as we age. These are normal veins that have always been there but have become more visible as the soft connective tissue and fat around them starts to disappear.

These veins can be removed surgically, and some patients opt for this more radical approach. However, veins may be needed for intravenous access to give drugs and fluids in emergency situations or if all other veins have failed. Therefore, removing veins for aesthetic reasons should not be undertaken lightly. If good results can be achieved by volume replacement, that is a much better option.

Not Just the Skin

When looking at the aesthetic appearance of the hands, we should also take into account other structures such as nails and joints. Even if the backs of the hands look great, the appearance will be compromised if the nails are of poor quality. Nails can be affected by diseases like fungal infections, which should be treated with appropriate antifungal agents. As we age, we may become depleted of some vital minerals and vitamins, causing brittle nails and hair. For example, vitamins A, C, and E and minerals like zinc, copper, and iron are essential for healthy skin, hair, and nails.

The small joints of the hands can be affected by diseases such as osteoarthritis and rheumatoid arthritis, which can cause deformities. This is important not only aesthetically but also functionally, because many patients affected by these conditions are unable to perform common everyday tasks. Osteoarthritis especially becomes manifested later in life; hence, we always associate them with old age. A balanced diet moderate in protein is the best foundation for fighting arthritis pain. Beyond a solid diet, several supplements can be helpful—for example, vitamins C, D, and K and the minerals calcium, magnesium, potassium, and copper.

Rejuvenation of the hands must be performed with a holistic approach. Internally, diseases must be treated and deficiencies corrected; and externally, by using appropriately selected procedures, the aesthetic appearance can be improved.

Lucy Glancey, MD, is the medical director of Glancey Medical Associates, which operates a chain of clinics across the United Kingdom. Her specialties include nonsurgical and minimally invasive surgical procedures for aesthetic improvement and rejuvenation of the face and body. She can be reached at or via her Web site, www.glanceymedical.co.uk. 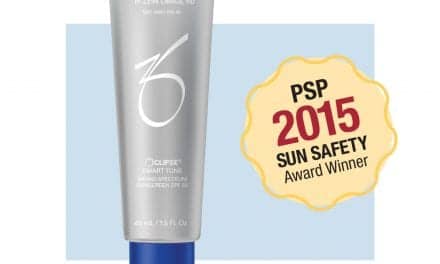 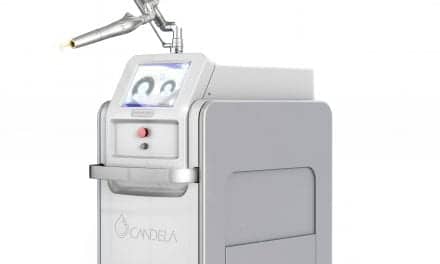