To improve the process of liposuction, plastic surgery technology has reverted back to one of the most natural substances found on earth: water.

This basic necessity of human life has proven valuable for EclipseMed Ltd, Dallas, which offers the Body-Jet™ Water-Jet Assisted Liposuction (WAL) system. The Body-Jet rinses fat cells out in a river of saline, making the procedure gentle and less traumatic to the connective tissues, according to the company.

The new system has been used in places outside the United States since 2004, but it took until August 2008 for the FDA to approved the system.

“This is not a modification of traditional tumescent liposuction; this is a new method of liposuction,” says Kevin O’Brien, president of EclipseMed. “The similarity is that we do use tumescent fluid, but in a very different way.”

Germany-based company Human Med AG developed this method of WAL via an adaptation of the company’s Helix HydroJet, a surgical tool that uses water-jet dissection technology. To do this, a special apparatus is attached to the cannula of the water-jet dissector technology to deflect the spray into a fan instead of a sharp jet. Several years were spent testing this version of the water-jet before it came to market.

The Body-Jet WAL uses tumescent fluid to irrigate the tissue while simultaneously aspirating.

“Also, since we’re not using the Klein method of infiltration of large volumes of fluid prior to the procedure, the surgeon, when assessing his progress during the surgery, is working with normal contours instead of expanded tissue. This makes it easier to visually confirm results during the procedure, increasing the accuracy and reducing the need for corrective surgery to smooth out irregularities,” O’Brien says.

Some of the observations postoperatively will be less bruising and less swelling and pain. Additionally, because less fluid is put into the patient with the WAL, there is less fluid leakage compared to traditional liposuction. Physicians can confirm the final result within 3 or 4 days of the surgery as opposed to several weeks with traditional liposuction. Patients are typically able to resume normal activities within a couple days, and most are pain free by the fourth day after surgery.

“A physician who adopts the Body-Jet typically will use it instead of traditional suction-assisted, power-assisted, and ultrasonic-assisted liposuction,” O’Brien says.

While the Body-Jet is useful for virtually every patient who is seeking to remove unwanted fat, it is particularly effective for those patients who present with fibrous tissue.

“We view the Body-Jet liposuction to be a good companion with laser-assisted liposuction. The laser is typically used for treating laxity, and normally physicians who perform laser liposuction (lipolysis) will tend to prefer other methods for removing large volumes of fat,” O’Brien says. “A benefit of using Body-Jet with laser-assisted lipolysis is if they perform the laser first, where the fat cells are disrupted and the oil is liberated, the flushing aspect of the Body-Jet helps to remove the oils that have been liberated using the laser.

Because the Body-Jet irrigates the tissue with tumescent fluid, which contains lidocaine and epinephrine, the surgeon can maintain fully anesthetized tissue throughout a long procedure. This also maintains a blood-free surgery, according to the firm, even at the end of a case. This is when patients usually become uncomfortable and the aspirate becomes bloodier during traditional liposuction, as the epinephrine starts to wear off.

O’Brien expects that more surgeons will be willing to do the procedure under local anesthesia than they would be with other methods of liposuction—good news for those patients who do not tolerate general anesthesia well.

As fat is being removed from the body in a river of saline, it comes out in a very pure state and with cells largely intact. Because the cells have been subjected to a minimum level of trauma, they can be used for fat grafting without the need for additional processing. The AquaShape LipoCollector separates the fat from the fluids and collects it in a chamber.

According to O’Brien, traditional liposuction destroys nearly 50% of cells on the way out, while he estimates that with the Body-Jet 80% to 90% of the cells are intact and have a good chance of survival.

“With the Body-Jet, there is now an opportunity to conveniently harvest fat to the point where the physician may now offer fat grafting as a normal part of the consultation process, and ask patients if they would like to have any areas enhanced—increasing revenue that the physician can generate from the liposuction by an average of $2,000,” O’Brien claims. 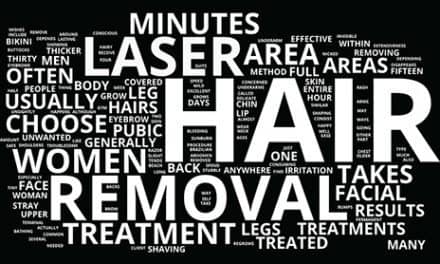 How Much Does Laser Hair Removal Cost?

Is Botox the Enemy in Hollywood?