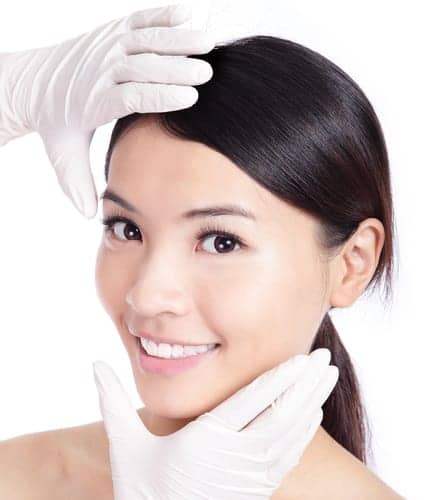 Eyelid and nose surgery may increase self-esteem and self-efficacy among young women in China, a new study suggests.

In the study of 161 cosmetic surgery patients (CSPs), 355 general population controls (GPCs) and 268 facial appearance raters (FARs), self-esteem and self-efficacy scores were lower preoperatively in young women compared with women in the general population who had not visited a plastic surgeon, but those scores increased to nearly normal levels 6 months after surgery.

Patient data were obtained from questionnaires preoperatively and 6 months after surgery. Front-view facial images also were taken and shown to FARs. While there was no significant difference between cosmetic surgery patients and women from the general population in the objective assessment of facial appearance by the FARs, the average scores for cosmetic surgery patients’ self-assessments were lower for the eyes, nose, and overall facial appearance, report researchers who were led by Jincai Fan, MD, of the Chinese Academy of Medical Sciences and Peking Union Medical College, Beijing.

The authors note a number of limitations to the study, which include generalizability.

“The surgical patients had more issues with self-esteem as compared to the nonsurgical patients. However, these issues normalized postoperatively,” says Suzanne Kim Doud Galli, MD, PhD, FACS, a facial plastic surgeon in Reston, Virginia. “I think most surgeons have their internal assessment of the psychological stability of a patient before proceeding to surgery. No one wants to operate on someone with body dysmorphic problems,” she says. “Improving self-esteem is definitely a goal for cosmetic surgery. These are elective procedures that patients choose to undergo in order to  improve their appearance. Improving their self-esteem goes hand in hand with the whole process.”

Moreover, she says, “in some Asian cultures, there is less beating around the bush about who is attractive and who isn’t. If someone has small eyes, no creases, and a flat nose, their mother will be the first to tell them. That type of honest assessment of their features and deficiencies might lead to some self-esteem issues.”

The good news is that cosmetic procedures are widely performed and accepted, so access to surgery is easier. “These patients with self-esteem issues can easily seek treatment.”